Another transfer window has come and passed and though they left it very late indeed Arsenal have finally made strides towards replacing Cesc Fabregas and Samir Nasri. Last weekend’s 8-2 humiliation against Manchester United left manager Arsene Wenger with little to no choice, but he has acted boldly on deadline day in order to secure five major signings which should go some way towards appeasing their fans.

The first confirmed signing was that of South Korea captain Park Chu-Yong. Though many will not know much about this acquisition he is captain of his country and having impressed up-front for Monaco he was subject to much interest in the transfer market and not just from Arsenal. French champions Lille were also in for Arsenal’s new man and Wenger will be pleased to have strengthened his attacking ranks.

The next addition to Arsenal’s squad was Fenerbahce’s Andre Santos. The Brazilian international left-back seems to be a promising addition to Wenger’s ranks having played over twenty times for his country. At Fenerbahce he has experienced Champions League football and has proved his ability to demonstrate attacking prowess from defence, scoring at a rate of a goal every five games. Santos looks set to provide able support and competition for promising young English prospect Kieran Gibbs.

Third in on deadline day was the immensely experienced Per Mertesacker from Werder Bremen. The German centre-back has impressed at the very highest level in over seventy international caps and I believe he is a great coup for Arsenal. Not only has he made significant strides in international football, but he also has superb domestic experience having played Champions League football for Bremen and having captained the club. Arsenal’s young and rather frail squad are in dire need of leaders and Mertesacker should be able to settle in very quickly given his background and will provide great support to new Captain Robin Van Persie in the leadership stakes.

Arsenal’s fourth and fifth major signings really did push the transfer deadline to it’s full limit, but both were immensely important deals for the club. First they signed the experienced Israeli attacking midfielder Yossi Benayoun from Chelsea on loan, which I think is a very astute signing. Having become rather surplus to requirements at Stamford Bridge Benayoun who has consistently delivered at Premier League level is a tidy addition to Wenger’s squad and he provides a wealth of international and Champions League experience. 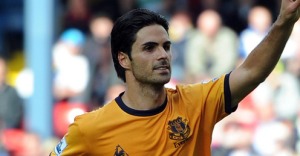 Arteta stole the headlines at the Emirates

The second of Arsenal’s last minute deals is perhaps their most significant signing of the summer. To have signed Mikel Arteta from Everton is a real show of intent from Wenger and it is the sort of deal which will excite Arsenal fans. Arteta has demonstrated real class in his time at Everton, his fine range of passing and eye for goal should set the Emirates alight and at 10 million he is near guaranteed to be value for money. Many sceptics will say that he is not up to the standard of the departed Fabregas and Nasri, but the painful truth is that not many attacking midfielders are. The loss of these two players will continue to leave a gaping hole in terms of world class talent at the Emirates, but Arteta and Benayoun are both very good players and could well go on to be top players for the club.

Other news coming out of Arsenal included the departure of Nicklas Bendtner on loan to Sunderland for the season and Henri Lansbury’s loan move to West Ham. It was a day of immense importance for Arsenal and the status of their under fire manager and they did at least go some way towards repairing their turmoil-stricken squad. It seems outrageous that they would leave it this late to move for major reinforcements given the inevitability of Fabregas and Nasri’s departures, but the general consensus coming of the club’s followers seems to be something along the lines of better late than never. Only time will tell just how important today’s signings will be for Arsenal but on paper it seems that they have bought in a calibre of player that should see them rising up the table and at least competing for European places.

Other big players on deadline day included Arsenal’s bitter rivals Tottenham. Though they only managed to land the brilliant Scott Parker on the final day of the window, they did manage to sell big in order to reduce their wage bill. Departures from White Hart Lane were Peter Crouch, Wilson Palacios, David Bentley, Jermaine Jenas and Alan Hutton, all of whom fetched reasonable fees which should boost Tottenham’s chances of landing significant new signings come January. 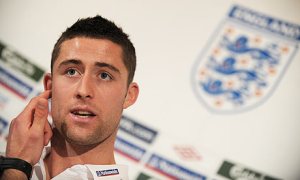 Against all the odds Gary Cahill remained a Bolton Wanderers player

Probably the biggest news of the day for Tottenham on deadline day came in the form on two failed deals. On one hand they managed to cling on desperately to their star player Luka Modric, but on the other they missed out on bringing in the outstanding Gary Cahill from Bolton. It was only on the day that Spurs emerged as huge favourites to land Cahill but up until the evening it seemed as though it was a goer. Sadly though for Harry Redknapp Bolton managed to keep a hold of their star player due to differing valuations of the England international.

Another London club QPR were also very active prior to the closing of the summer transfer window. Shaun Wright-Philips became their first major signing of the day and he was followed through the door by Anton

Warnock will be pleased with his late deals

Ferdinand of Sunderland. These two signings coupled with the recent capture of Joey Barton demonstrates their new owners ambition to keep QPR in the Premier League upon their return to the top flight.

In conclusion then, it was another high-drama day of transfer dealings on the 31st of August but perhaps it was lacking the glamour signings provided by the imminent closure of previous transfer windows. Headline act Arsenal have indeed landed some important deals, but their fans will be left feeling strangely deflated. Though they managed to make significant moves in the last twenty four hours it is hard to see how their additions can inspire them to challenge for Champions League qualification. Wenger must for once accept that this is a year of transition and development, his big names have gone and for now they must be forgotten.