With the dust settling on today’s epic Manchester derby I have broken this rollercoaster of a game down into bite size chunks and run the rule over the key moments. 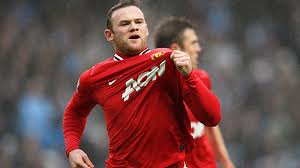 Having come strongly out of the blocks it must have been a huge blow to City to have conceded so early and to have done so completely against the run of play.

The first few minutes were territorially dominated by the hosts and they too had the lion’s share of the early possession, but Rooney’s moment of magic came as a sucker punch. Having dropped smartly into the hole he received the ball into feet and shifted it swiftly onto Luis Antonio Valencia whose measured first time cross was met with a towering header from Rooney. All jokes aside about Rooney’s hair transplant and a consequent boost in aerial ability, this was a magnificent finish. He quite literally put his neck on the line and bravely rose to divert the ball home from the penalty spot, beating his own team mate Nani to the ball. This fine opening goal set the tone for a romping first half from United.

For me the referee got it right. Some might accuse me of seeing this through red-tinted glasses, but I honestly believe that this was the right decision according to the rule-book.

I wish that tackles like that of Kompany’s weren’t red card offences, but if you go in two-footed like he did then you run the risk of an early bath. The rules of the modern game are designed to bring greater control and Kompany was naiive to raise both sets of studs when really there was little need for such a committed challenge. A simple block tackle would have sufficed but Kompany’s slide gave the illusion of a lack of control when it simply wasn’t necessary, and now we’ll never know how City might have fared with 11 men over the whole 90 minutes.

Kolarov’s brilliant strike and the shift in momentum:

To even have the slightest chance of an unlikely fightback from 3-0 down at half time, City desperately needed a moment of inspiration. Fortunately for Mancini’s men, Aleksandar Kolarov duly provided this with a brilliantly accurate, dipping free kick.

As is so often the case, City’s fans were lifted by the wonder goal and got back on side. Their renewed support picked up the mood at the Etihad amidst the miserable lashing rain in Manchester, and for the next 20 to 30 minutes City were undeniably brilliant. Throughout this period they strained to get behind the ball when not in possession, and when they managed to steal the ball they looked forwards quickly and brought the outstanding Sergio Aguero back into the game. This period culminated in Aguero prodding in the rebound to his own saved shot and giving City what at half time seemed the unlikeliest glimmer of hope.

United’s little, ginger magician returned today and played a significant role in letting City get back in with a sniff. Soon after his return to action, his sloppy short pass was intercepted in a move that led to Aguero’s goal and consequently City’s renewed hope of getting back into the match.

However, from that moment on Scholes recovered and reminded us of his great strengths. His pass completion percentage in the match was 97%, which is indicative of the calm he brought to United’s attempts to keep hold of possession in the last 20 minutes of the game. He may have contributed to City’s revival attempts, but he also played a key role in diffusing their late onslaughts.

Whether you are a United fan or not, it is hard to deny that Scholes has been one of the greatest players of the Premier League era and that his return to action is a welcome one. He may not have the legs of old but his distribution and touch were still top notch towards the end of last season and I can see little reason why this would have deteriorated since then given his continued training with United ‘s reserves.

His chid like grin as he stepped over the white line suggested he was more than just a little happy to be back in the thick of it, and most football purists will be equally as pleased to have him back.

The victors, and their reward for their efforts…

So… after all the mayhem at the Etihad, United eventually came out as narrow victors. Sir Alex Ferguson is rightly bemused by his side’s defensive fragility in the second half, but when he wakes up tomorrow he will surely just be glad to have brought a triumphant end to a poor couple of games.

United’s reward for the win is a tasty encounter with Liverpool at Anfield. Lets hope this equally brutal rivalry will manifest itself in a similar manner to today, because if this is the case we are in for another cracking cup tie.